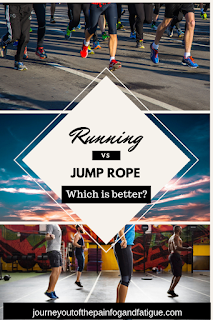 I admire people who love to run.
I’m not a runner. I probably never will be, nor do I want to aspire to be one. It’s just not me. In fact, the only way you can get me to run, is if I’m getting chased by a pack of wild dogs, and even then, I’d probably consider the possibility that I would react with, “Meh! I had a good life, let them have lunch-ha!”

Now that I have established that I hate to run, I have a good reason not to, and that’s because I have bad knees. Everything creaks. I’m almost fifty, and as we age, we begin to notice that the things that worked before, no longer have the same effect. I began feeling this way once I hit forty. Stress and other lifestyle choices accelerate the aging process, and with fluctuating hormones, losing weight becomes an even bigger challenge for many people. Losing weight has always been a real struggle for me.

In fact, my second to the oldest sister and I had a running joke that she could eat a whole pizza, lose weight while doing it, but I’d be the one to gain ten pounds simply by looking at it. I had to work extra hard at everything just to lose weight. Back then, I didn’t know I had a systemic issue when it came to methylation, not to mention that I developed some really bad habits with emotional eating. So, my solution to keeping the weight off was to push my body beyond, and as far as I could take it, with over training. I remember biking my way to high school and back, which was about five miles, about ten miles total, and when I wasn’t doing Tae Kwon Do after school, I was practicing with my track team. Now before you ask, how could I hate running and want to be in track? 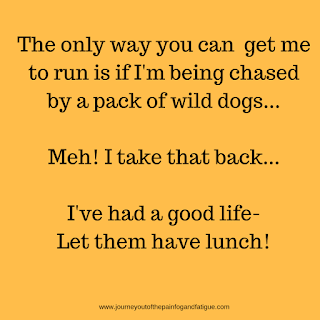 I joined to get away from what was going on in my home environment. It was more of an escape to feel like I was part of a team that was safe. I guess I was running away from my problems, but when you’re fourteen, you don’t stop to analyze the reasons why you do what you do. You feel invincible and you don't worry about all the little intricacies that can have an effect on you down the road. So, I developed this habit of overtraining. Not to say that when you're young you can't and shouldn't train hard. Otherwise, we wouldn't have Olympic athletes if that was the case, but I didn't hinge that training to proper eating habits and good rest. As I got older, that overtraining caught up to me and acted as a catalyst that only made things worse. Coupled with chronic stress, and it became a recipe for disaster. No matter how hard I tried, I couldn’t lose the weight.

So, as part of my exercise regimen now, I do a combination of low and high impact exercises. I picked jump rope and for a very good reason. My brother-in-law, who has his own practice in North Carolina and specializes in chiropractic orthopedics, explained why jump rope was better than going for a run. He recommends that if you must pick between running and jumping rope, jumping rope is typically less strenuous on the body. The reason is that when you jump rope, you are staying on your toes which creates additional shock absorbers as you jump on the balls of your feet, which helps to alleviate a lot of stress. When you run, you lose the benefit of those added shock absorbers as your heel strikes the ground. This causes the knee to have to take all the force. A perfect example would be: jumping up as high as you can and landing on the balls of your toes versus jumping up as high as you can and landing directly on your heels on a straightened leg. The foot and ankle play a very important role in shock absorption.

I started jumping rope about two months ago. I do about three to four circuits. I jump for one minute and then go to another station where I’m working on the Pilates ball, alternating between the two. It wasn’t easy to get started. The weight really made it difficult. I had…ahem… a red bottom the first couple of times. That really flippin' hurt, to say the least. If I'd forget to stay on the balls of my feet, I could really feel that tinge on my knee. But eventually, it got a little easier. I’ve lost about one inch off my waistline, but I have so much more to go. The weight never moves as fast as I would like it to, but I really try to focus on whether my clothes are feeling better, and when they do, I know that's an improvement.

If you’re struggling with weight loss, don’t give up trying. For some women, the struggle is so real, especially after children. Care-taking for the whole family can really take a toll on your stress hormones. Without sounding offensive, there's a tinge of truth, behind the saying that women are hormonal. I don't like it, because men who have stressful jobs, lack sleep and have poor eating habits, will have a propensity to be habitually cranky, but our bodies go through so many chemical processes and changes just to make a baby, and then a whole lot more just to repair ourselves after the baby, and let's not forget the shifting hormones that happen during our monthly cycles. Add to that the stress of having to care for something so tiny that cannot take care of itself twenty-four seven, along with what women call the overwhelm of keeping up with running a household, scheduling appointments, preparing meals, daily clean up, and if you don't have help with that, our hormones will have a tendency to destabilize and gives us a little extra sass and short fuse if we can't rebalance our bodies. It happens to all of us, and it gets harder as we age.

It’s taken me such a long time, but after all the other issues with brain fog and fatigue, now that I have the energy to exercise, I know it will get easier, being constantly cautious that I not only reduce stress, but that I don’t over train. Cycling, of course is better for cardio, especially if you have knee problems, but I like to vary my routines so that I don’t stagnate, which is why I choose jump rope as a good alternative to running. I just wanted to offer a word of encouragement and a quick exercise tip. To those struggling with weight loss, try not to be so hard on yourself. Remember that we’re all in this together, the struggle is real, so never give up trying.
All my best!
Jax 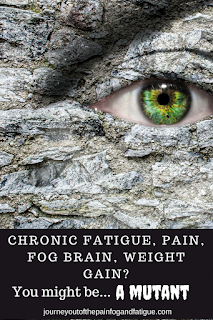